The Best of Whatever—Hilary Davidson

This was a strange year for my reading list. The more conferences I attended and writers I met, the more my TBR fiction pile grew. But I was preoccupied for months with writing a new novel, and don’t seem to be capable of reading other novels while I’m writing one. That meant I did read an extraordinary amount of short fiction this year, which is obvious when you look at my favorites… (listed in no particular order):

1. Thuglit Presents: Blood, Guts, & Whiskey, edited by Todd Robinson — Robinson is the person who gave so many crime writers working today their launch pad: Thuglit. This is the zine’s third anthology, and it’s a winner across the board with stories by Craig McDonald, Tom Piccirilli, Stuart Neville, Glenn Gray, Scott Wolven, and Derek Nikitas. (I have a short story in here, too — I’m one of those writers who owe everything to Todd, his partner-in-crime Allison, and Thuglit.)

2. Needle: A Magazine of Noir — I remember when Steve Weddle told me he had the idea to start a new print magazine. That was March 2010. By April, Needle had launched. In print, no less. Weddle, John Hornor, and their amazing team of editors work fast, yet brilliantly. This has become required reading.

3. Pariah by Dave Zeltserman — I was already a huge fan of Zeltserman’s work, but this novel convinced me that the man is the new Jim Thompson. Welcome to the heart of darkness.

4. 8 Pounds by Chris F. Holm — I’ve admired Holm’s short fiction for some time, and I’d read six of the eight stories in this collection at one time or another. Still, 8 Pounds felt like a shock to my system. There are threads of suspense and noir and horror that are woven through his stories, making them unusually powerful.

5. Borrowed Trouble by J.B. Kohl and Eric Beetner — I had the good fortune to get an advance read of this sequel to One Too Many Blows to the Head. Kohl and Beetner have vividly re-created 1941 Los Angeles, ripping apart the city’s glamorous façade to reveal the cold noir heart beneath. Look for it in February 2011.

6. Beat to a Pulp: Round One, edited by David Cranmer and Elaine Ash — Some of my favorite stories of the year are in here, including “Fangataufa” by Sophie Littlefield, “Killing Kate” by Ed Gorman, “Ghostscapes” by Patti Abbott, and “A Native Problem” by Chris F. Holm. (I have a story in this collection, too.)

7. Notes on a Scandal (What Was She Thinking?) by Zoe Heller — I loved the Cate Blanchett/Judi Dench film, but the novel is even better, not least because of its far darker conclusion. The tale of a schoolteacher who has a sexual affair with a teenage boy — and who is in turn preyed upon by another, older, teacher — makes for truly twisted noir.

8. Dope Thief by Dennis Tafoya — I bought this book in 2009 because Keith Rawson raved about it so much, but neglected to actually read it until I met Tafoya at a library event in New York. I’m actually glad I waited to read it, because I would have been tongue-tied when meeting him otherwise. Lyrical yet powerfully real, this is one book I recommend to everyone.

9. Faces of the Gone by Brad Parks — This novel had already won the Shamus and the Nero by the time I started reading it. Not going to make that mistake with Eyes of the Innocent, coming in February 2011.

10. Crimefactory — I love the fact that Keith Rawson, Cameron Ashley and Liam José pulled this magazine from the ashes and set it loose on the world again in 2010. It just gets bigger and better with every issue. 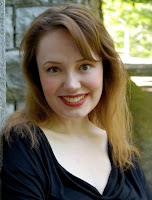 HE AUTHOR: Hilary Davidson's first novel, THE DAMAGE DONE, will be published by Forge in October 2010. Her short fiction has appeared in Thuglit, Crimespree, Spinetingler, The Rose & Thorn, Crimefactory, Needle Magazine and Well Told Tales. Her first published story, "Anniversary," is in the anthology A PRISONERY OF MEMORY (Pegasus, 2008), and her "Son of So Many Tears" will be in Thuglit's upcoming anthology (Kensington, 2010). When she's not writing about murder and mayhem, she's on the road as a travel writer. Visit her online at www.hilarydavidson.com.