Like most years since I turned 30, 2010 flew by for me. It was an exciting year, I met and interviewed more than a few of my idols, helped revive a magazine, and started writing reviews along with pumping out fiction. The other thing that set 2010 apart for me was that I read 80 novels this year. Don't get me wrong, I've always been a prestigious reader, but this year there didn't seem to be moment that went by when I didn't have my nose in a book.

I enjoyed most of them, but there were more than a few that left me shaking my head and performing a sky hook into the garbage can with them and even more that left me saying Meh. But there were some truly great reading moments with novels where time stopped moving and I was so absorbed by story that nothing existed outside of it. The following lists are the best of what I read this year.

Quick note, folks. I know I said I would be writing individual reviews for each of my picks, but time managed to sneak up on me and kick my ass. Plus I had a hell of a time narrowing down my choices and I liked so many different novels that I decided to include a top five of my non crime reads and five notable crime titles along with my top five.
Anyway, here we go


My top 5 Non-Crime novels of the year

Yes, I read a lot of non crime fiction. For every two crime titles I read, I dip my toes into another genre. With 2010, I found myself reading a boat load of Urban Fantasy and Apocalypse fiction. In case you didn't notice, there was tons of both.

5) Rut by Scott Phillips
Phillips told me about this book when I was conning--I mean arranging for him to contribute his 'Under the Influence' piece for issue #1 of Crimefactory. Phillips has been one of my favorite novelists for a number of years and I was chomping at the bit to read his take on science fiction. Rut is very much an apocalypse novel, but it's a realistic take on Armageddon, where the end of the human race is slow and drawn out over decades as opposed to a sudden blinding flash of death and chaos. And, of course, the book is hilarious.

4) The Stairway to Hell by Charlie Williams
When I received this novel, Russel Mclean commented on how brilliant he thought the book was. In fact, he called it 'genius'. And Russel, he was right, this is not only a brilliant read, but is Williams best novel to date. Normally I'm not a huge fan of novels about musicians or the pursuit of fame, but Stairway to Hell is so damn funny my predisposed prejudice towards the subject was completely shed. Highly recommended to fans of Neil Gaiman's more vicious novels.

3) Sandman Slim by Richard Kadrey
Like I said of Victor Gischler, if there was a Kadrey fan club, I'd be the president. (Okay, vice-president, A.J. Hayes would probably be the president) I've put this book into the hands of more people this year than any other. And, yes, crime fiction fans will love it because along with being one of the best examples of Urban Fantasy released this year, it's also one hell of a hard-boiled read. Also on an only interesting to me note, Kadrey is the one author who I own entirely as e-books.

1) The Four Fingers of Death by Rick Moody
This was a bold move by a writer whose previous novels mostly dealt with the malaise of suburban America. Much like Rut, Moody portrays the end times as a slow burn, a culture ravaged by out of control consumerism, short attention spans, and bastardized politics has doomed us. This is a novel within a novel and both story lines are utterly compelling.

5) The Damage Done by Hilary Davidson
A slickly written, meticulously researched mystery with heavy noir elements. Davidson's first novel length effort is far from a perfect novel, but it is a highly enjoyable read and I'm looking forward to further entries in the Lily Moore series and where she takes her characters

4) Bad Juju and Other tales of Madness and Mayhem by Jonathan Woods
My favorite single author short story collection of the year. Woods is a master of the short form and each story in the collection is a insane nugget of desperation and over the top violence.

3) Broken Dreams by Nick Quantrill
What I like most about Quantrill's PI Joe Geraghty is that, yes, Geraghty's past life is fraught with tormented moments, but he is not over burdened by them. Geraghty has dealt with his pain and has moved on and is dealing with day-to-day life as opposed to letting it turn him into a self serving prick like most fictional PI's. Broken Dreams is a gripping, atmospheric read and like the Damage Done, it's not perfect, but it is highly readable

2) Print the Legend by Craig McDonald
My favorite ongoing series. Each entry in the Lassiter series keeps getting better and better. I can't wait for One True Sentence.

1) Requiems for the Departed edited by Gerard Brennan and Michael Stone
My favorite anthology of the year in a year over flowing with truly amazing anthologies.

I know this has been one long winded bastard of a post, but finally, here are my top five novels of the year.

5) Pike by Benjamin Whitmer
I commented on Facebook when I first started reading Pike that I felt like I needed to take a scalding hot bath every 50 pages or so. I still hold to this opinion. Pike is stripped down, working class noir. Each chapter is like a punch to the face and is one of the most carefully constructed novels of the year.

4) Expiration Date by Duane Swierczynski
This genre bender is classic Swierczynski. Whip crack plotting, near nonstop action, and some of the most intelligent, personal writing of Philly's reigning king of pulp's career. One of the few novels I read multiple times this year.

2) The Wolves of Fairmount Park by Dennis Tafoya
Tafoya's sophomore effort can be easily compared to the best of Richard Price and George Pelacanos. Tafoya skillfully handles this weighty, character driven tome with the deft skill of a far more experienced novelist. I've said it before and I'll say it again, Tafoya is the novelist to watch in the years to come. 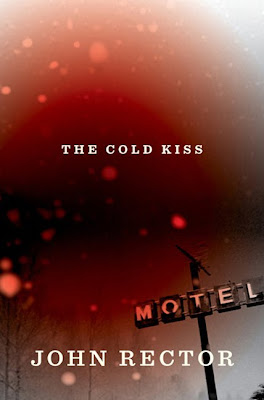 1) The Cold Kiss by John Rector

The moment I cracked the ARC of the Cold Kiss open, I knew I would be including it on my ten best of list. Two hours later as I turned the last page, I knew it would be my number 1 pick. The Cold Kiss is a perfect balance of character, plot, and action. No, the plot of a young couple coming across a shit load of dirty cash and then being hunted down for it isn't the most original, but Rector manages to make it fresh by combining it with an intense locked room style mystery. By the way, if I was a betting man, I'd put money down that five years from now, Rector will be ranked as one of the most renowned thriller writers in the states. The Cold Kiss is an amazing, can not be missed novel