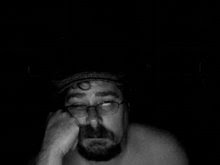 Recently, Crimefactory friend, (and seriously kick ass novelist) Benjamin Whitmer, wrote a wrap up of his first Bouchercon experience on his blog, Kick Him Honey. The post mostly stuck to what a blast he had at old B-con getting hammered with some of the new millennium crimedawgs and a little bit about the old genre vs. contemporary literature thing. (Who else thinks that motherfucker is a dead horse? Seriously, folks, time to move on) But, Whitmer briefly mentioned something in the opening paragraph of the post that has been on my mind as of late. Here’s what Ben had to say:

“….There was some of the expected horseshit, where writers griped about their panels and whined about their sales, but whatever, somebody’s gotta do it. Talking business bores me fucking senseless, but then, that might be just me.”

I’m not talking about panels here (but I will say some panels at a few of these conventions seem a little half baked, but I digress.) what I’m writing about is novelists whining about their sales.

I’m around a lot of writers, (and I’m sure I’m shooting myself in the foot with more than a few of them with this post) whether virtually or face-to-face and when you’re talking shop with most writers, inevitably the conversation will turn to the commerce side of things, and like Whitmer, whenever the subject comes up, I tune out, because it bores the living shit out of me.

Admittedly, my writing doesn’t keep a roof over my head. I have the advantage of having a day job that I get up for at 3:45 in the morning (With the time change it’s now 4:45, thank god, and I’m pretty sure I’m going to keep it at those hours even when the time changes back and have the option of going back to the early shift. Because with me nearing 40, getting only 5 or 6 hours of sleep a night just ain’t cutting it.) and writing is just a side line. Something I do in-between the job and family obligations. Once in a blue moon I get a check for doing it and that’s pretty okay

But for the most part, I write because I love doing it and I do it without expectation.

That’s right, folks, I don’t really ever expect to earn my daily pay check from this. Would I like to? Hell yes I would! If Little, Brown or Random House came to me saying,

‘You know, Keith, you pudgy suburbanite you, we think you’re a fucking genius, a virtual Mozart of crime fiction and we want to offer you a six book deal. What d’ya say to that?’ I would probably simultaneously crap and jizz myself with joy. Now is that going to happen? Diffidently not. (They may offer to buy a book or two off of me in the future, but you know what I’m saying?) Will I keep writing? Yeah, I will, because without writing, without putting words down on the page on a daily basis, I’m a sad sack, I’m a whiney bitch and not all that much fun to be around. I’ve got the bug and it’s not going away anytime soon.

Now don’t get me wrong, I know publishing is a business. I know that it needs to make money just like Wal*Mart, Ford, or my company has to (Well, not so much Ford, they can just claim poor and have the government bail them out again) make a profit in order for it to exist. And it’s a reality for me, too, because guess what, folks, it takes money to run Crimefactory. (And I’m not bitching about the cost of operating the magazine here, folks.) The URL, the web hosting, the POD edition, all of it costs money and I have to concern myself with the bottom line because I want the magazine to continue, and the whole purpose of the Kindle and POD editions of the magazine is so Crimefactory can become a self sustaining entity and that it doesn’t become a huge drain on our time and resources.

Alright, I’m sure more than a few of you are starting to shake your heads, thinking, what the hell’s the point of all this, Rawson? Shit or get off the pot already. So here I go:

The commerce end of writing is strangling the artistic side.

There I said it.

When you have so many people—both the creative and business end—focused on the single idea of profit above all else, the art of writing is going to suffer. Novelists are going to write (or be forced to write.) books that they may not want to. They may write books that they think are going to be more commercially viable or switch to a style or genre that simply pays the bills instead of fulfilling them as creative people.

And, once again, I know I’m going to have a few people saying, ‘Ah, Rawson, you naïve little shit. If only you knew the realities of publishing.’ But guess what, I do know. Publishers, once again, are nothing more than a profit driven business and I work for a profit driven business which makes BILLIONS of dollars a year, and in the past year, despite my company making record profits, I was in serious fear of losing my job. So even though I’m not part of the mainstream publishing machine, I get it. I understand the fears novelists have of losing contracts if their books don’t sell well, because when it comes right down to it, writing is just another job, a way of putting food on the table.

But, recently, my company has started to think of things a little differently and has started banking on long term gains as opposed to the short term, and because of this change, they’re attempting to change their business model and with them doing this, well my day job has become a much more pleasant place to spend 9 hours of my day at.

And publishing seems to be pushing in this direction with the recent creation of Mulholland books and Little, Brown’s signing of Michael Koryta to a six book deal. It seems that Little, Brown is taking more chances on authors like Koryta, Swierczynski, and Woodrell and helping them develop an audience (or in the case of all three, develop a wider audience) because they know (hopefully) that if you put a little time and effort into an individual, your long term profits via back catalog and not just new releases will help increase profitability of not only the company, but of the writers as well. My only hope is that the other five big New York houses clue into Little, Brown’s model.

Okay, to wrap up (because this shit has gone way too long) from a personal stand point, writing is writing, if I don’t enjoy doing it anymore, or I get too concerned with how much money my writing is making, I’m going to walk away. Done and done and I’ll spend my free time hanging out with my family, watching bad movies, and basketball, and whatever writing I get done will get sent along to small presses like PM Press, New Pulp Press, Serpent’s Tail, Gutter books (By the way, folks, have you taken a look at some of the titles being put out by the small presses? Most of the time I think they’re doing a better job of tracking down, signing, and presenting promising talent than the big boys are.) to see if they want to put it out, or it’ll just sit on my hard drive collecting dust and my sole audience will be me.

(One last thing before I sign off, make sure to check out Crimefactory irregular Andrew Nette's blog Pulp Curry. Andrew has DTK Molise of the blog Kabul Noir, guest posting about Afghan based crime fiction. It's a good read, so make sure to check it out.)