The Best of Whatever--Daniel B. O'Shea

You get what you can always count on from Burke – lush prose, real and compelling characters and an engaging story. But the elegiac tone that has started to flavor Burke’s recent novels comes to full flower here. With a 74-year-old protagonist, Burke has the perfect foil to reflect the wisdom and the aching longing and sense of loss that come with age. Trust me on this, I’m older than most of you punks.

Kick-ass debut novel. Enough double crosses to trip up a Chicago alderman, the type of pacing that makes reading feel like an aerobic activity, even secondary characters memorable enough to merit their own books and witty, almost-urbane dialog that felt like maybe Nick and Nora Charles got cleaned out by Bernie Madoff and started doing meth instead of champagne. I’ll be watching for more from Berney.

Sheriff Walt Longmire. He’s not your usual stud — getting on in years, packing too many pounds, and struggling with widowerhood, the realities of political office and the vagaries of home remodelling, he comes off as a kind of everyman, but if he were, the world would be a better and more interesting place. I started with A COLD DISH and will be looking for more of these. Wonderful characters and a compelling sense of place established with grace and economy.

I’m a long-time fan of Sandford’s PREY novels, so I was psyched when I saw he was giving “that fucking Flowers” his own series. And with good reason. Sandford’s readers get the same lean, mean stories they’ve come to count on from Lucas Davenport, but with a more laid-back almost hippie vibe from the womanizing and fish-loving Flowers, who’s always looking for a chance to drip one worm of the other.

SKATING AROUND THE LAW by Joelle Charbonneau

I’m not a cozy-reading guy, but that’s OK, because it turns out Charbonneau’s not exactly a cozy-writing author. Sure, it’s got your wacky small-town setting, but it’s also got a grandpa working his way through the female population of town like a superannuated Warren Beatty (oh, wait, Warren Beatty IS superannuated, man I’m getting old) and a camel that likes to play dress up. Just plain fun.

Rereading a mess of ROSS THOMAS

Fine, he’s been dead since 1995. So what? The man wrote 20 novels and each of them is as good as anything you’ve read in the crime genre, better than most. If you haven’t tried him, his last book, AH TREACHERY! is as good a place as any to start. You can thank me later.

THE DAMAGE DONE by Hilary Davidson

Another red-hot debut, Davidson’s exploration of familial attachments and the desperation they can lead to features a kick-ass plot, garrote-tight pacing and a how-to class in writing. Be warned. She has a mean streak.

A little movie break to cleanse the palate. I don’t know about you, but when I go to the movies, I want to have fun. You can have the serious crap that wins all the Oscars. If I want a deep dive into the human heart, I’ll read a serious novel. ZOMBIELAND and RED both entertained the hell out of me. It’s not often anymore that I leave a theater not feeling ripped off. I would have paid double for either of these.

For you nonfiction lovers, this throat-grabbing account of the hunt for John Wilkes Booth in the days following the Lincoln assassination is history-as-thriller in the best sense of both words. One man with a broken leg, a victorious nation after him and the remnants of a defeated one trying to aid his escape. A story you didn’t know told with force and style.

This one hits the shelves in January 2011, but I was lucky enough to read the manuscript. OK, it’s literary fiction, so you’ll have to haul your mind out of the gutter for a few hundred pages, but it won the AWP award for the novel, you it’s got the chops. You know how they say “you’ll laugh, you’ll cry?” You will. Broke the heart at lot of people say I don’t even have. Did that a couple of times. Best thing I read in 2010. Hell, best thing I’ve read in a few years. 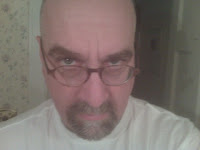 BOUT THE AUTHOR: Despite his gruff exterior, Daniel B. O’Shea is a great big old cuddle bug and is Crimefactory’s Dad-in-residence. He’s represented by super agent Stacia Decker of the Donald Maass Literary Agency. He blogs at Going Ballistic