The Best of Whatever—Matthew C. Funk

2010 brings to mind an old Chinese curse: “May you live in interesting times.”

This year was an interesting animal. A predator to be sure—sleek and edged and hungry. This year fed to bursting, moved on starving to the next meal, burning off the last. It ate pieces of people that will never grow back and it only got hungrier and stronger.

Lucky for us, tigers are marvelous to behold, and everybody tunes in for Shark Week. Adrenaline is contagious. You can live on the stuff for awhile. And there was plenty to go around in 2010.

Time to chart the bite marks. The Chinese have it all wrong, see: Curses are just blessings in more memorable form.

Here are Ten that deserve to be shared.

10. PIKE by Benjamin Whitmer. It’s not the flagship of the fledgling PM Press, the new bad boys of noir, but it’s the fire ship for sure. Pike illuminates the literary potential of a genre that too often resorts to formula and punches pulled. This is proof that ink is still explosive.

9. The Walking Dead on AMC. I’ve been waiting since Twilight for something to devour the vampire fad in horror TV and to regurgitate something substantive. Frank Darabont took the story of Robert Kirkman’s award-winning comic and made something attractive to fans and neonates alike. Horror has finally become human again.

8. Popeye’s Chicken. Louisiana stays hip and this fast food chain got down with it in a big way. Jambalaya served in Styrofoam seems like a sin, but it’s my kind of sin. Tuesday specials of 99-cent two-piece meals, spiced with rat poison, is an irresistibly tasty self-abuse.

7. Hatchet II. There’s a revolution in horror film to bring back unrated slasher flicks without sacrificing distribution, and Hatchet II broke through the barricade this year. Anybody who’s had a brush with the MPAA rating system will tell you that there’s not a worse flock of moralists. I hope they fall under the Hatchet and the films that follow it.

6. War Tard. When Gary Brecher lost his home at the Exile and the War Nerd went silent, the world lost its best voice in global politics outside the locked compound of the RAND Corporation. Now Brecher is back under the mysterious mantle of the War Tard, and his articles fusing defense studies, geek culture and balls are not to be missed.

5. John Dies At The End. Have Jesus Christ magic together a cross-dressing robot from Adam Smith, George Carlin and Thomas Friedman, and you get David Wong, editor-in-chief of the game-changing comedy site, Cracked.com, and author of the best horror novel since Lovecraft shot vampires into space. Wong’s John Dies At The End is a scary story too smart, too suspenseful and too flat-out funny for any genre to fit it.

4. The US Electric. There is a space in human imagination ruled entirely by sound, and the sovereigns of that space are the US Electric. A duo of composers as eclectic as they are modest, they envision sound in a way that would make David Bowie feel like the ape in front of the monolith in 2001: A Space Odyssey.

3. The Cellar by Richard Laymon. In my vast dietary history of horror, from Anne Rice’s flouncing dark romances to Lovecraft’s stark and arcane image of hostile universes, I have consumed nothing so unsettling, so piquantly disgusting, as Richard Laymon’s The Cellar. Its trim prose is rich with vileness that stains even the staunchest psyche. Devour at your peril.

2. Rabid Child by Pete Risley. If every genre has its parallel luminaries, Pete Risley is noir’s Nabokov—and not just because Rabid Child’s protagonist is a feckless, shrinking pedophile. Risley manages to infuse timely social commentary, Biblical mysticism, zany humor, palpable terror and literary reference into a page-turning plot. His use of language is dark magic, and brave readers should fall under Rabid Child’s spell.

1. Superbowl XLIV. Nothing better represented the triumph of celebration, cunning and the will to win like the New Orleans Saints winning their first Superbowl. Champions of a city that has suffered the worst ravages of any in America and that keeps singing only louder, the Saints convinced me that this year would be a good one, no matter how bad it got. It’s the lesson that teaches that there’s always more to living than survival. 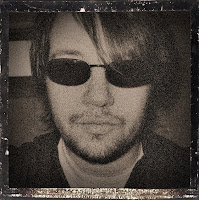 THE AUTHOR: Matthew C. Funk is a professional writer in marketing for corporate America, a writing mentor and the author of several manuscripts that illuminate the beauty of human extremes. A graduate of the Professional Writing MFA at USC, his online work is featured at sites such as Crimefactory, Needle Magazine, Thuglit, Powder Burn Flash, Thrillers, Killers and Chillers, Twist of Noir, Six Sentences Volume 3, and his web domain.