The Best of Whatever—Cameron Ashley 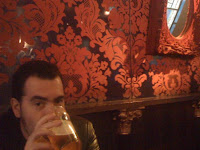 UT THE AUTHOR: Uuuuummmmm, yeah, it's Cam people. The picture on the left is his usual state
Posted by Unknown at 7:31 PM