The Best of Whatever—Heath Lowrance

When I’m not busy with the important things in life, like video games or napping, I get a lot of reading done. Most of what I read is old shit, like, not even this century, but I managed to pick out ten newer books that made my list this past year. These are reads I’d recommend to anyone with any sense.

In no particular order, they are:

Bleak, brutal, uncompromising. Ellis experiments with minimalism and meta-fiction with this sequel to Less Than Zero. It’s an uneasy book, and Ellis is his usual fearless self.

The Devil by Ken Bruen,

The Devil finds our boy Jack Taylor screwing up again, getting drawn into a situation that causes him to look back over his previous cases for links, and starting to suspect that his real foe is actually Satan himself. We all know, of course, that Jack’s biggest adversary is himself. Jack is a major fuck-up, but I’ve never felt more sympathy for a character than I do Jack Taylor.

It’s been a banner year for Dave Zeltserman, starting with the last of his ‘Man Out of Prison’ books, The Killer. It’s remarkably different from the others-- quieter, sadder even, with a strangely contemplative nature that surprised me. And the ending… wow, the ending. Amazing. Zeltserman has earned his place as one of the modern masters.
Like everyone else on the planet, my eyes started bleeding while reading Allan Guthrie’s Slammer. It’s his best book so far, and one of the best noirs written in the last twenty years. Unrelentingly suspenseful, bizarre, scary and blackly funny.

Darwyn Cooke’s graphic novel adaptation of Richard Stark’s The Outfit was a work of genius. Never has an artist been so perfectly suited to a character. I can’t wait for more Parker adaptations from Cooke.

And speaking of graphic novels (okay, comic books, let’s just call ‘em what they are), writer Jason Aaron and artist Steve Dillon have been doing amazing things with the Punisher in PunisherMAX. The first collected volume, Kingpin, is an over-the-top, bloody, profane work of art. There’s heads exploding, eyeballs a-poppin’, gratuitous use of the F-word, and well, gratuitous everything. Can’t remember the last time I had so much fun reading a comic.

And speaking of short stories, whenever Stephen King puts out a collection, I pay attention. I gave up a long time ago trying to keep up with his novels, but I never ever miss the story collections because that’s where the man really shines. Just After Sunset is not quite as good a collection as Everything’s Eventual, but I don’t know of any other writer who gives us such real and endearing characters as the King-man.

Sometimes you need a dose of good non-fiction, don’t you think? Just to clear out the system. This year we were lucky to have a new book from the awesome Richard Dawkins, The Greatest Show on Earth, which outlined beautifully the theory of evolution, and why its opponents don’t seem to really grasp it. The information in this book should lay the entire debate to rest.

And The Moral Landscape by Sam Harris, offers a new way of thinking about morality in the modern age, and why religion is not necessary to leading a decent, moral life.
That’s ten, right? Just made it under the wire, there. Now if you’ll excuse me, I have some more reading to do. Or maybe I’ll just play a video game. Or take a nap. 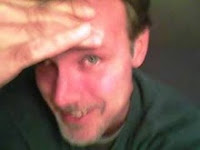 THE AUTHOR: Heath Lowrance is the author of The Bastard Hand, coming soon from New Pulp Press. Stories and articles have appeared in ChiZine, Well Told Tales, Demon Minds, Necrotic Tissue and The Nautilus Engine, as well as History Magazine and Real Detroit Weekly. He blogs at Psycho-Noir