The Best of Whatever—Brian Lindenmuth

One of my favorite old school SF/F websites was Fantastic Metropolis (RIP) and they did annual "read & appreciated" lists that were a boon to me at the time (and still are). So when Keith didn't ask me to participate I farted in his general direction and sent one anyway. My top 10 list of 2010 release and crime fiction will appear at Spinetingler at the end of the year.

Now is the time to catch a hold of the two modern masters, Lynn Kostoff & Jim Nisbet, and never let go. Lynn Kostoff is the best crime writer you haven't read yet and Jim Nisbet is the craziest. 2010 saw the re-release of Kostoff's A Choice of Nightmares and the release of Late Rain. A Choice of Nightmares is great and his books only get better with Late Rain possibly being his best yet. I only say possibly because his second novel, The Long Fall is an all-time crime favorite of mine, yes it's that good. But hell, Kostoff has never written a bad book and trying to figure out which of his are the best is like trying to pick the best Pixar movie. Someone reprint Long Fall now dammit. 2010 also brought us the start of Overlook's ambitious re-issue project of Nisbet's entire back catalog. That means in addition to the new stuff you've FOUR Nisbet books this year.

I also had the occasion to read another older book that instantly became an all-time book for me, Four Corners of Night by Craig Holden. Holy mother hell what a book. It starts out as a police procedural then turns into a deep character study of two men who are lifelong friends then runs the whole damn thing through the grinder. I was gutted after reading it and encourage you to do so if you haven't yet.

Ree Dolly is Mattie Ross's granddaughter and it's only fitting that we get filmed adaptations of both Winter's Bone and True Grit. The former is a brilliant movie and the latter isn't out yet but damn after seeing the previews I've got high hopes. If you haven't read those books (or those authors) yet then do so now. If you haven't seen the movies yet do so now (or when you can).

Matt Kindt's milieu is genre. Not just any specific genre mind you but genre itself and all of the story types that fit under genre fiction. Pistolwhip has its way with noir, Super Spies has its way with spy stories and his latest, Revolver is a mash of different stuff and defies categorization. It's also one of the best graphic novels of the year

Recently I was heartened to see a passing comment from Benjamin Whitmer in the comments of one of his posts about 20th century hobo books. One of the best books I read this year was a re-issue by one of the greatest hobo writers EVER, Circus Parade by Jim Tully. His best books are currently being reissued and you should probably get acquainted. Did you know that one of crime fictions best writers, Charles Willeford, also wrote a hobo book? He did. It was called I Was Looking For a Street and it too was re-released this year. Do yourself a favor and read this.

Waste by Eugene Marten & Bloody Women by Helen Fitzgerald are the greatest fucking psycho-noirs you haven't read yet. Marten is an unknown commodity in the crime fiction community but shouldn't be and U.S. readers need to get hip to Fitzgerald NOW -- she's like Allan Guthrie with ovaries -- c'mon!

Terriers on FX was a great TV experience and it's a shame it only lasted one season. But what a season it was. A buddy PI drama, comedy that started off creaky before turning into an emotional slaughterhouse. When this comes out on DVD make sure to catch up with it.

Initially almost everyone liked Inception and then a creeping tidal wave of backlash seemed to crash against it. In the long run I don't know what the final tally will be but for me Inception was exhilarating and captivating. I loved it (even if I'm still waiting on the van to hit the water).

Mulholland has stormed onto the scene with daily essays on a variety of topics (full disclosure: I've written a couple of them). One of the remarkable things is their willingness to write about the community and genre at large instead of just limiting themselves to their own stable of authors. This is the way forward for publisher websites. Two standouts, and two of the best online pieces I've read all year were "Dead Mower Dreams and the Weeds of Boo Radley" by Tom Piccirilli and " Insulting Your Intelligence (“Just gimme some noiriness”)" by David Corbett. Both are drop dead brilliant and articulate thoughts in a way that I envy.

You want to be on the fucking bleeding edge of crime fiction then you buy every book that Switchblade puts out without hesitation.

Jess Walter is a long time favorite of mine but I hesitated when I saw what last year's book, The Financial Lives of the Poets, was about. I waited until the book became available from the library and after trying to read the first chapter through a haze of laughter tears I knew I was wrong and I never should have doubted him. The Financial Lives of the Poets tackles nothing less than the current financial crisis and manages to make you laugh. Just. Brilliant.

2010 brought us a guy who doesn't talk about doing something, he just does it. That guy is Steve Weddle and this year he brought us Needle Magazine. Needle picked up the ashes of the much lamented Murdaland, gave it a new operating model and boom! Three issues later he's serializing Ray Banks novellas. If Murdaland was like a TO, talking shit and letting the personality take over then Needle is like Jerry Rice, just catching the ball and moving on to the next play.

Two of my favorite comics this year were Meta-4 by Ted McKeever and The Bulletproof Coffin by David Hine and Shaky Kane. I'll be honest, I'm not too sure I know what in the hell they are about but I can't stop reading them and think they may be awesome.

That’s my brain dumpings out on the page for all to see. Maybe you’ll find something there. 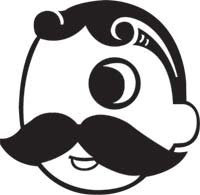