The Best of Whatever—Jimmy Callaway

Hurrah! The year 2010, with all of its miseries and pain, finally draws to a close! The unknown horrors that 2011 A.D. holds for us loom on the horizon like storm clouds made of arsenic and parking tickets! But in the meanwhile, let's continue to fool ourselves that we have any control over our environment by narrowing objects in the world down to tidy little lists! And now Day Labor, the official world-wide-web-log of Crime Factory Magazine, in conjunction with the San Diego County Sheriff's Department Work Release Program, is proud to present, for all you lovers of both print media and base-10 mathematics alike...Jimmy's top ten books that he read in 2010!

1. Pike by Benjamin Whitmer--A slimy, heart-wrenching chunk of rural-noir, this really is as good as everybody has been telling you.

4. The Utterly Monstrous, Mind-Roasting Summer of O.C. and Stiggs by Tod Carroll and Ted Mann--This is technically a stand-alone issue of National Lampoon from the early '80s, but it's close enough to novella-length and also mean-spirited and hilarious enough for me to give it my highest recommendation. Let me know and I'll e-mail you a PDF copy, even.

5. Bury Me Deep by Megan Abbott--A scathingly realistic portrayal of the 1930s by a true master of her craft, this book is also told from a perspective of pure innocence, and thus is created some stunning, paradoxical prose work.

6. The Chris Farley Show: A Biography in Three Acts by Tom Farley and Tanner Colby--An unflinching and unapologetic look at the life of this generation's most tragic comedic figure, this book, like The Other Hollywood, does the oral-history format proud.

7. Nobody's Angel by Jack Clark--Once only available in Mr. Clark's taxi-cab, Hard Case Crime did the right thing (as they so often do) and made this book available to a much wider audience. A second print is coming in January, so pre-order now.

8. King of the Jews by Nick Tosches--In case you missed that, I'll say it again: Nick fucking Tosches.

9. Satiristas!: Comedians, Contrarians, Raconteurs, and Vulgarians by Paul Provenza--Provenza, a veteran stand-up comedian, talks to a host of other comedians, as well as musicians, writers, and anyone who falls under the title "satirist" about their chosen medium in this collection of interviews, each one so well-paced and conducted that you can almost miss the fact that they're discussing a thing of great importance.

10. Richard Stark's The Outfit by Darwyn Cooke--Word around the campfire is this is the only adaptation of Stark's work that the man himself gave his full blessing to before he died, and it's obvious why after just one page. This is the second in the series, so be sure to pick up last year's The Hunter as well.

Happy New Year, and see you in Hell!

ABOUT THE AUTHOR: Jimmy C 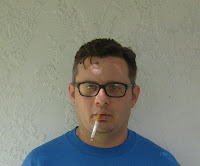 allaway is an enigma wrapped inside a conspiracy wrapped inside a riddle wrapped inside a bourbon soaked, deep fried Twinkie. His short fiction has appeared in Plots with Guns, Thuglit, A Twist of Noir, Title Fights, and many other virtual dive bars. He blogs about funny books and what not at Attention, Children. Sequential Art