The Best of Whatever—Chris Deal

1. Pike by Benjamin Whitmer. This book scared me. There’s no horror here, no monsters or demons or ghosts but man at his worst, or maybe his best. Digging through the evil done to reach catharsis, the writing is a beautiful frame holding a horrible painting. Sharp and to the bone.

2. It Came From Del Rio by Stephen Graham Jones. It was a toss up between Pike and Del Rio for number one. Literally, I flipped a coin. It Came From Del Rio is a surprisingly realistic novel about a rabbit-headed zombie chupacabra herder. Split between the perspectives of a father and a daughter, Del Rio hits on what it is to be a father, how those you love can let you down, and how you can achieve salvation decades after you die. Plus, this book has the best cover of the year, hands down

3. Stay God by Nik Korpon. Loaded with pop culture shout outs and rich, amazing prose, this Baltimore dealer novel proves that Korpon will be a force in the future.

4. Transubstantiate by Richard Thomas. I didn’t expect this book. With eight perspectives on a world after something horrible, but we don’t quite know what.

5. The Soul Consortium by Simon West-Bulford. I lucked out. This doesn’t come out until 2012, but West-Bulford creates the most ambitious debut imaginable here. Science fiction but so much more. This is man at the end, literally.

6. The Little Sleep by Paul Tremblay ,. A clever twist on the PI, this Boston noir takes the unreliable narrator to it’s extreme: he’s not just unreliable to us, but to himself. How do you solve a crime when you don’t know if what you saw or experienced is real?

8. Grease Stains, Kismet, and Maternal Wisdom by Mel Bosworth. A simple novella about love between two people who refuse to let the world touch them. I hit this in one sitting and can’t wait for my next chance. Surprisingly meta and subversively straight forward.

9. Major Inversions by Gordon Highland. A real surprise, this becomes something you could never expect. There are multiple layers to this simple narrative about a slacker musician who falls into something he couldn’t have seen coming. Power through the initially unlikable protagonist and you’ll find more heart than you’d realize.

10. Complete Poems by John Berryman. Nick Cave himself said Berryman was the best, and who am I to argue? With poetry rich with imagery and struggle, these poems will alter the way you see the world as only the best poets can do. 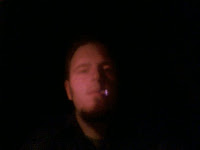 OUT THE AUTHOR:Chris Deal writes from Huntersville, North Carolina. His debut collection of microfiction, Cienfuegos, was published in early 2010 by Brown Paper Publishing. Find him online at www.Chris-Deal.com