The Best of Whatever--Nigel Bird

I’m aware that I’m a little behind the times. My own bookshelf is weighed down with work I know would have made it onto the list I’m about to give. The good news for those titles is that there’s always next year’s list.

Of the books I’ve read in 2010, these have been my favorites:

The Longshot by Katie Kitamura

A laconic tale of a fighter and his trainer going up against the next generation. Gutsy and beautifully written.

I read this back to back with The Longshot. It’s a brilliant telling of a boxing story where Cal Innes has the job of minding a fresh talent.

A woman is arrested for the murder of her ex-boyfriends and can’t be sure whether she’s guilty or not. Dark and entertaining.

A Simple Act Of Violence by RJ Ellory

CIA meet Washington’s Second Precinct. I really felt I was inside the minds of both the killer and the detective. Outstanding.

A bouncer in a small town has his courage questioned. The voice of the story is wonderful.

The Girl With The Dragon Tattoo by Stieg Larsson

If you pick this up, bear in mind that the first fifty pages don’t do it justice. Characters sketched in fine detail and ultimately very satisfying. The good news for me is that I still have two more in the trilogy to go.

A crazy, enjoyable crime caper that’s packed with humour of the highest order. I challenge you not to laugh out loud at least twenty times if you take this on.

So that was seven. They’re great reads, each and every one.

The final three on my list are something even more special. They’re packed full of power, style and craft and have left me haunted by their shadows.

I came across this via Keith and an interview he’d done with Ben for Spinetingler - I knew immediately it was a book for me. Its characters are all fucked and the world they live in screwed, but the story is gripping in a way that means it’s hard to let go of. Something to behold.

This is a series of short stories that take place in and around the town of Knockemstiff. I could only read a couple at once, so full are they of quality writing. I imagine that it’s like watching an autopsy, seeing the scalpel making clean incisions to reveal the whole package guts and all. By the end I didn’t want to leave the place, felt like I’d moved in, like I belonged (madness). Utterly brilliant.

The passages here are short and breezy. They have a lightness of touch that is hugely deceptive, for as we see a drugs war unfold we become all too aware that someone we love is likely to get hurt. Our three main characters are almost like gods of sorts, producing and distributing the finest, custom grown dope on the planet. Not everyone’s happy about that. Sometimes poetry, always packing a punch and very special. The word translucent comes to mind, but you’ll have to read it to understand why. 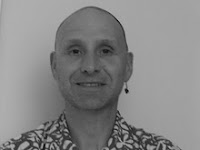 T THE AUTHOR: Nigel Bird writes short and long, suspecting he’s more of a sprinter than a marathon runner. Over the past year he has been fortunate to have had work published by people he respects, which has meant a huge amount. He’s also been working hard at his blog Sea Minor. Since it started snowing a week or so ago he has given up shaving and is considering growing a beard for Christmas.

Email ThisBlogThis!Share to TwitterShare to FacebookShare to Pinterest
Labels: Bloody Women A Simple Act Of Violence, Deadfolk, Donkey Punch, Pike, The Girl With The Dragon TattooOld Dogs, The Longshot by